A multi-vitamin & electrolyte supplement to give calves the best possible start to life and replace salts lost through stress.

Over recent years there has been a deterioration in the life of new born calves on many properties. VitaPower with the help of Massey University, New Zealand, has scientifically formulated a unique ‘world first’ liquid multivitamin & electrolyte calf supplements to assist with nutrition problems and stress in calves.

Electrolytes have also been added to replace salts lost through times of stress such as travel and being taken from their mothers. By using palaMOUNTAINS Calf Boost it will provide essential vitamins, minerals and other essential nutrients to assist calves in receiving adequate nutrition and support the best possible start within the first few weeks to encourage healthy growth and the required nutritional uptake. 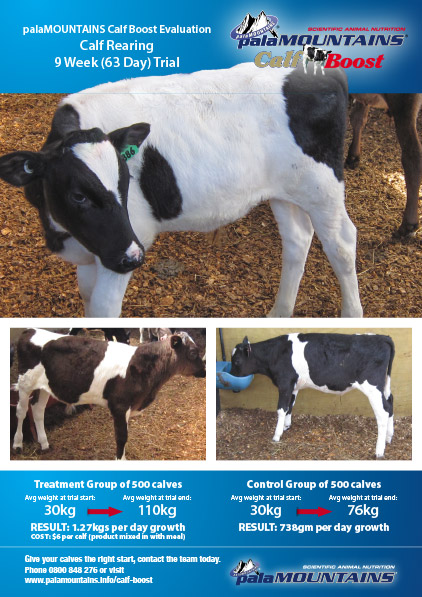 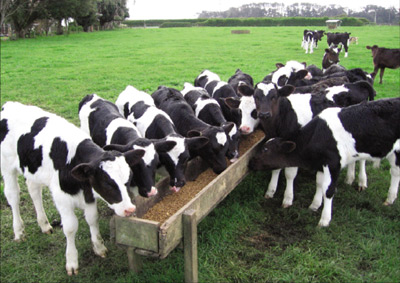 "By weaning the calves 14 days early, we saved feeding 63 ltrs of milk per calf!"

"This season we introduced palaMOUNTAINS Calf Boost product to all the calves we reared (replacement heifers, Herefords and bull calves).

The calves were drenched while feeding on the milk trailer at a rate of 20mls/calf/day for 21 days. Once the calves shifted to once a day feeding, the product was then added to their meal. Mixing with hot water and applying over the meal. The calves adapted to the meal blend quite quickly and never got the health check that calves usually get when weaning.

Overall the calves on palaMOUNTAINS Calf Boost product had shiny, smooth and alot darker coats , this helped when it came to local pet day winning both senior and junior champion calves.

We found all the calves reached their target weights quicker than previous years which allowed us to sell the bull calves 2 weeks earlier. By weaning the calves 14 days early, we saved feeding 63 ltrs of milk per calf!

We will be using this product again this year and recommend other farms try it to see the benefits for themselves." 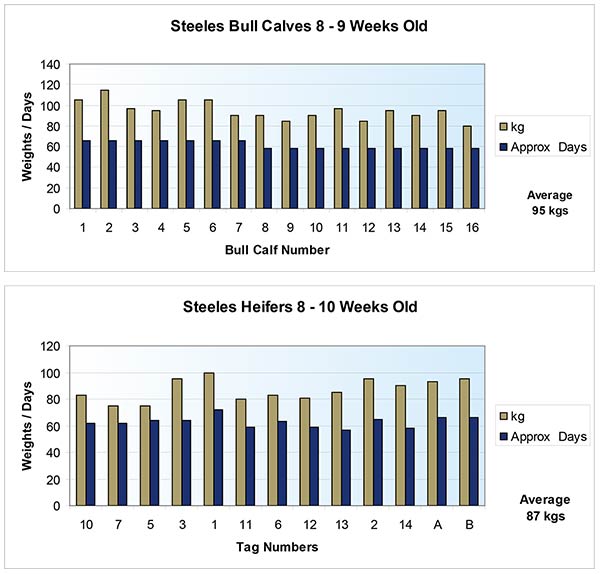 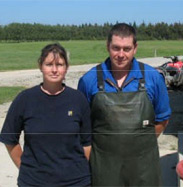 In both years, calves reared with palaMOUNTAINS Calf Boost have reached a weaning weight quicker and have continued a higher increase in weight than the control calves.

"Over the past two years we have used palaMOUNTAINS Calf Boost on our calves with great results. It is easy to use, we simply measured the required amount into a container with screw top lid, mixed with hot water and shake. Then tipped this into the calf feeder and mixed with milk.

In our first year we trialled palaMOUNTAINS Calf Boost on 20 calves out of 145 and this year I have reared 202 heifer calves, of which 100 were given Calf Boost. None of the Calf Boost calves had developed the scours, but our other two mobs were slightly affected by scours.

In both years, calves reared with palaMOUNTAINS Calf Boost have reached a weaning weight quicker and have continued a higher increase in weight than the control calves. This year’s calves showed a total 16% increase after 7 months.

Of the 20 heifers we trialled product on during the 2007/2008 season, 19 of the 20 have been pregnancy tested returning positive tests. The one that did not get in calf was a freemartin, therefore sterile. These 20 Calf Boost heifers stood out from the rest of the mob because of their size and appearance. Of the 125 heifers that were not on palaMOUNTAINS Calf Boost, 10 of them were empty, equating to an 8% loss.We recommend palaMOUNTAINS Calf Boost to anyone rearing calves, simply because it’s easy to use, non time consuming and cost effective with great results." 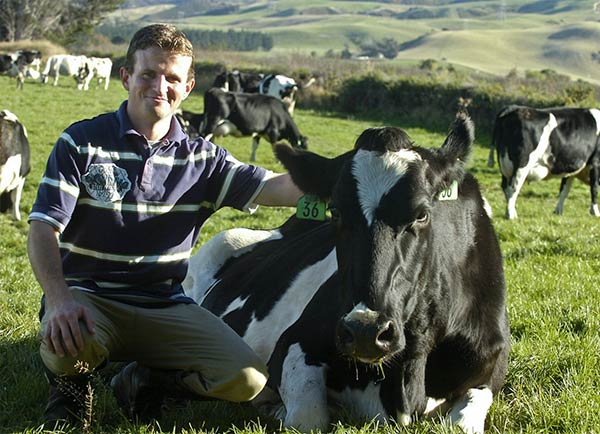 July 2007
"I conducted a trial with palaMOUNTAINS® - Calf Boost on my twenty replacement heifer calves all born in May 2007. All were reared together under the same conditions but only 10 received palaMOUNTAINS Calf Boost.

For the purposes of the trial I selected every second calf born, even having a set of twins to compare. Weekly weights were undertaken for each calf, plus an overall well-being status. The effects were felt three-fold with the palaMOUNTAINS Calf Boost calves. Not only did they show a much quicker rate of weight gain, but were in a league of their own with vigour along with looking stunning, their coats had a deep shine and their bright eyes showed a calf on top of the world.

From the way they have developed I have no doubt the investment will pay off very quickly once they start production." 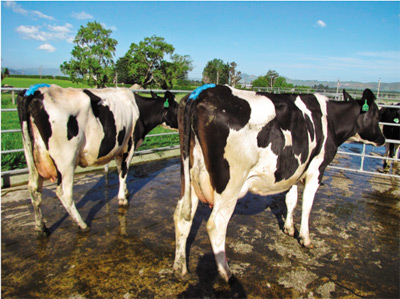 July 2009
"Two years ago trials were conducted using palaMOUNTAINS Calf Boost on my May born heifer calves. At the time the trial calves showed encouraging results with superior weight gains and visually looking healthier in the coat. Subsequent results from our first herd test two years later have been outstanding.

100% of calves on palaMOUNTAINS Calf Boost on the trial got in calf within a 3 week period with 2 that were not on the trial not getting in calf. They are also strongly coming on heat now too. The development of the heifers from the trial group has been impressive to the point where they are undistinguishable from my mature cows and have settled in particularly well to the milking regime.

The results of the herd test were particularly impressive with all that were on the trial performing better in production to improve their ancestral Breeding Worth and Production Worth while those off stayed to the average. The average production of the heifers on the trial was 1.88kg/MS compared with 1.65kg/MS for those not receiving the product, a 14% increase. I look forward to future results during the year." 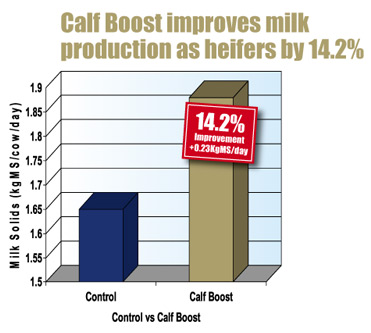 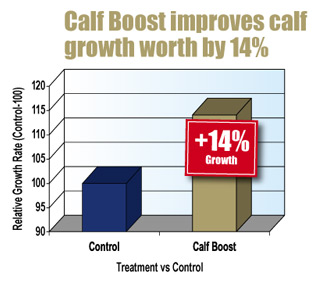 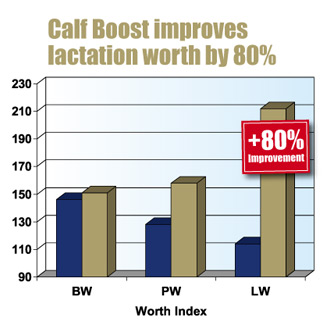 We'll contact you with a price and discuss freight options with you.

Thank you! Your submission has been received and we will be in touch.
Oops! Sorry something went wrong while submitting the form, please check your details and try again.